In this case study, we are looking at dealing of candidates and back door hires. Wilson goes over his experiences with dealing with backdoor hires and how he has dealt with these problems in the past. This case hands-down takes the cake for one of the craziest excuses someone has given for not paying one of our clients the money they so clearly earned.

There was an account that was placed with Adams, Evens, & Ross that turned out to be a back door hire. Wilson Cole called the debtor's attorney to try to clear up this matter. This attorney was clearly not very well versed in how the rules work when it comes to staffing and recruiting past due debt. The reason the attorney gave Wilson Cole for not paying the debt was one of the craziest things Wilson had ever heard. The attorney said, "he did not feel that debtor owed the fee because they were not talking about the same person." This took Wilson aback because they so clearly were talking about the same person. Wilson tried to reason with the attorney and tried to understand where this disconnect was coming from. For example, sometimes people can get the candidates' names mixed up or wrong which might lead to this sort of misunderstanding. That was not the case. The attorney fired back with, "Well it is not genetically the same person." Wilson could tell something was not right as soon as he said "genetically the same person." The attorney went on to explain that when the candidate was presented the first time, the person did not have the right skill set for the job. When he did not get the job, he went and acquired the required skills and re-applied 4 months later. They did not feel the debtor owed the money because the person did not have the necessary skills required until 4 months after the candidate was presented.

After going through the attorney's reason for not paying the debt, Wilson asked a simple question, "did your client have a signed contract?" Then he went on to ask, "If it was not for our client presenting this candidate, would your client have ever found the candidate on their own?" The attorney went on to agree with Wilson that the debtor would have never found the candidate without the help of our client. As soon he agreed with Wilson, he jumped back to his original argument on how the candidate did not have the needed skillsets for the position until 4 months after the candidate was presented. Therefore, he was "not the same person." Wilson states that they were about to send it out to their forwarding attorney, and the debtor's only defense was that the candidate seemed to be another person after receiving this certification. The attorney stood firm that without a shadow of a doubt, the candidate was a completely different person with the new certification.

Although your debtor has lawyered up, it does not mean they will have a bullet-proof case. We have been in business for quite a long time, and this case was definitely one for the books. 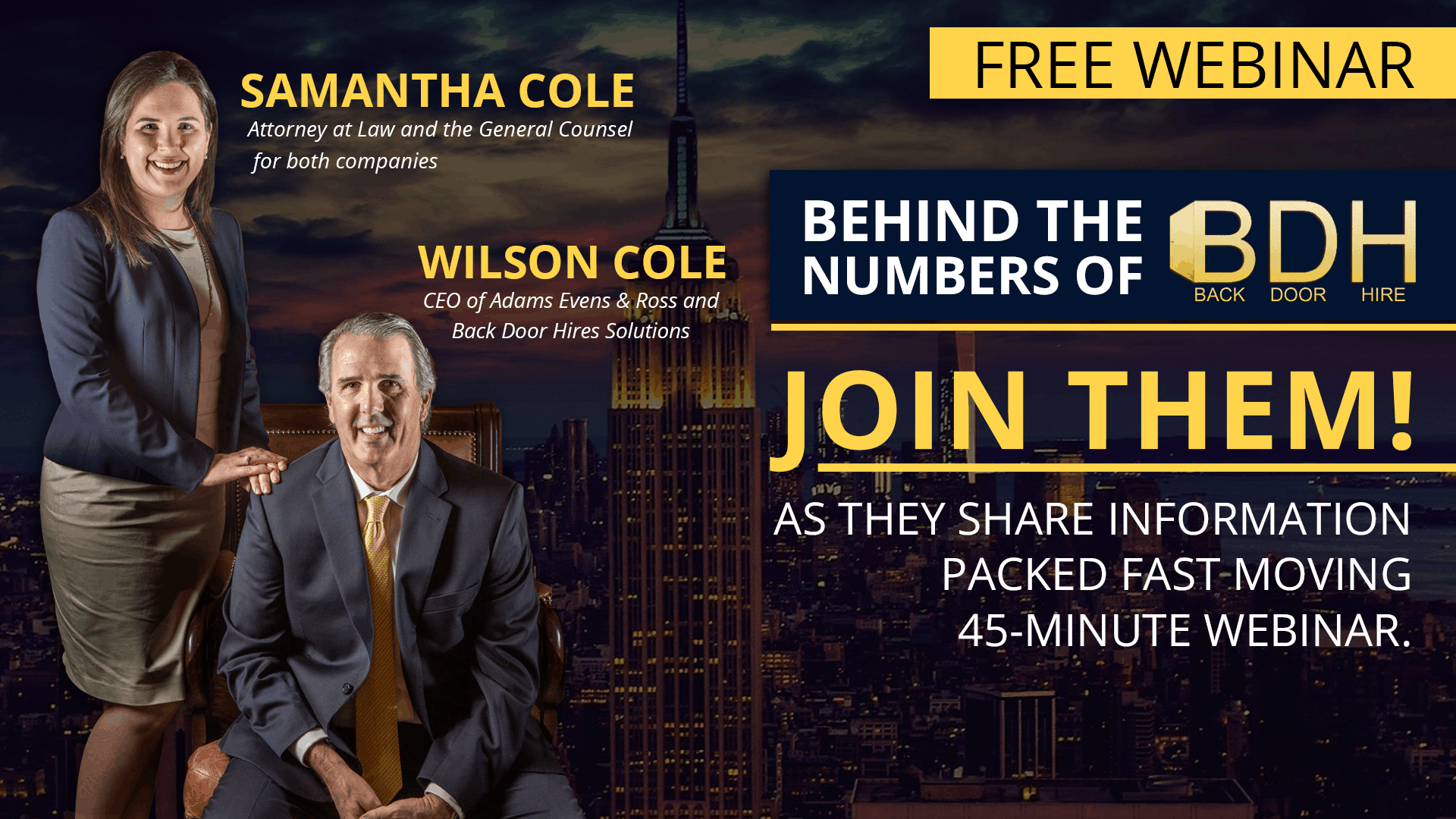